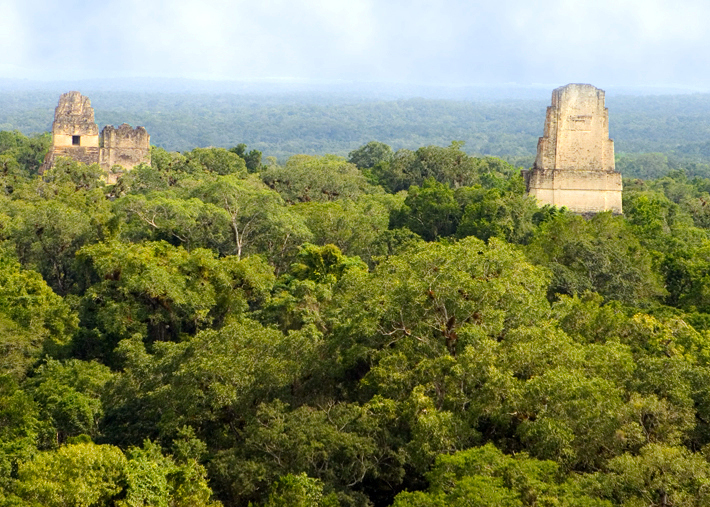 Outdoor shots for the jungle planet Yavin IV were shot at Tikal in Guatemala. Photo by David Dennis from Wikimedia Commons.

The creative roots of Star Wars can be traced to George Lucas’ childhood in 1950s Modesto, California. He grew up at the end of the Golden Age of Comic books, taking a particular interest in science fiction heroes like DC Comics’ Tommy Tomorrow. His family first got a television when he was ten, and the shows that made the biggest impression on him were re-airings of old movie serials from the 1930s, particularly Flash Gordon.[1]

In 1971, Lucas released his first film: THX 1138, a sci-fi future dystopia in which the titular main character escapes an oppressive police-state. Around the same time, he and John Milius were co-developing what would become Apocalypse Now, a bleak, psychological film based on Joseph Conrad’s novella Heart of Darkness (1899) set during the Vietnam War. However, Lucas started having second thoughts as he later recounted:

“I was working on basically negative movies – Apocalypse Now and THX, both very angry. I realized after THX that people don’t care how the country’s being ruined. All that movie did was to make people more pessimistic, more depressed, and less willing to get involved in trying to make the world better. We’ve got to regenerate optimism.”

Lucas backed out of directing Apocalypse Now, and the film would go on to be directed by Francis Ford Coppola. Instead, he created American Graffiti, a sentimental, coming-of-age film set in his hometown of Modesto in 1962. Around this time, Lucas also started toying with the idea of creating a fantasy space adventure. Initially, his plan was to make a new Flash Gordon movie, but the intellectual property owners, King Features, were unwilling to negotiate a deal that gave Lucas significant creative or financial control.[3] Lucas later said,

“I realized that Flash Gordon is like anything you do that is established. That is, you start out being faithful to the original material, but eventually it gets in the way of the creativity. […] I decided at that point to do something more original. I knew I could do something totally new. I wanted to take ancient mythological motifs and update them – I wanted to have something totally free and fun, the way I remembered space fantasy.”

Thus, the seed for Star Wars was planted.

However, growing Star Wars into the cultural empire it is today would be anything but simple, and the suffering Lucas would endure making the film started at its inception. He began writing Star Wars very shortly after completing the final edit of American Graffiti in December 1972, and he notoriously hated the process. In an interview with Filmmakers Newsletter in 1974, Lucas admitted:

“When I sit down, I bleed on the page, and it’s just awful. Writing just doesn’t flow in a creative surge the way other things do.”

Nevertheless, Lucas would continuously write and re-write drafts of Star Wars all the way up until cameras started rolling three years after he started writing, and even then, he continued to tweak with the story. The timeline below outlines the various drafts of Star Wars along with events in its production to provide context for when the shooting script was made:

Early 1973 drafts of the film were dramatically different from the released film. Journal of the Whills I featured the character “Mace Windy, a revered Jedi-Bendu of Ophuchi, as related to us by C. J. Thorpe, padawan learner to the famed Jedi."[6]

By the time he reached the revised fourth draft shooting script in March 1976, the script is far more familiar, largely following the same story as the released film: Leia flees with the stolen Death Star plans only to be captured by Darth Vader. Then R2-D2 and C-3PO escape with the plans, meet Luke (with the last name Starkiller), join Obi-Wan, Han Solo, and Chewbacca on a mission to deliver the plans to the rebel alliance, rescue Leia from the Death Star, and then Luke destroys the Death Star by using the Force. Most of the dialogue is also similar.

The version of the script directly proceeding the revised fourth draft shooting script was the fourth draft summary, which Lucas completed at the start of 1976. In late 1975, the financial realities of making an expensive space fantasy resulted in budget cuts. This compelled Lucas to make several cost-saving adjustments to the story. For example, in the third draft, Vader and the Empire brought Leia to their stronghold on Alderaan, which the heroes ambushed to rescue her. The Death Star instead destroyed the planet of Organa Major. To save costs, Lucas moved these scenes to all take place on the Death Star, which had the added benefit of giving the film’s villains a single location. Additionally, the rebel base was changed from an outdoor jungle setting to the interior of a temple.[7]

As a result, the fourth draft summary of January 1976 is the first version of the script to closely resemble the final film. Lucas continued script revisions in the first few months of 1976 as the shooting date came ever closer, usually waking up at 3 am to write before his daytime was taken up by preproduction.[8]  Eventually, he decided he needed help with one of his least favorite parts of the writing process: the dialogue. He asked his screenwriting friends Willard Huyck and Gloria Katz, screenwriters of American Graffiti, to rework the dialogue. They toned down some of Lucas’ sci-fi jargon, tightened some of the dialogue, and improved the banter between characters, especially Han and Leia.[9] This is one example of revised dialogue:

Not unless you can change the unchangeable or alter time.

Not unless you can alter time ... speed up the harvest .. or teleport me off this rock.

The revised fourth draft shooting script was completed March 15, 1976, three days before Lucas and much of the crew boarded a plane for Tunisia to start filming on March 22. The following are several significant story developments for this version of the script compared to previous versions:

Notably, the script in RBML’s possession has multiple dates on it. The title page and the first 54 pages of the script are dated March 15, 1976. On page 55 though, the date changes to April 19, 1976, and the remaining 100 pages after are all dated April 19, 1976. Page 55 is the start of the scene in Docking Bay 94 where the heroes leave Tatooine on the Millennium Falcon.

This change happened because Lucas continued to tinker with the script even while filming the Tatooine scenes in Tunisia. He decided there were still two significant issues with the story: first, Ben Kenobi didn’t have anything to do in the story once the heroes escaped the Death Star, and second, the Death Star escape was too easy and made the villains, particularly Darth Vader, appear non-threatening. Lucas solved both problems with one change: he decided to kill off Kenobi at the hands of Vader on the Death Star.[10]

Additionally, Lucas decided to change the name of his main character. In the March 15 script, Luke is still named “Luke Starkiller,” but Lucas decided that the name Starkiller was too evocative of the notorious cult leader Charles Manson, a literal Hollywood star killer, so instead he decided to use a name from the treatment he wrote back in 1973: Skywalker. Thankfully, none of the scenes they had already filmed featured Luke’s last name. Thus, on April 19, 1976, script pages were sent around to the cast and crew, as well as to executives at Twentieth Century Fox. These pages replaced the pages for second half of the script and featured both Obi-Wan’s death and the name “Luke Skywalker,” including the copy in RBML.[11]

Even once the script was at last finalized and cameras were rolling, Lucas still wasn’t satisfied with the story. As he said during the film’s development:

“It’s very hard to write about nothing. Graffiti, I wrote in three weeks. This one took me three years. Graffiti was just my life, and I wrote it down. But this, I didn’t know anything about. I had a lot of vague concepts, but I didn’t really know where to go with it, and I’ve never fully resolved it. It’s very hard stumbling across the desert, picking up rocks, not knowing what I’m looking for. I kept simplifying it, and I kept having people read it, and I kept trying to get a more cohesive story – but I’m still not very happy with the script. I never have been.”

And as he confessed in an interview in September 1977, even after Star Wars was breaking box office records:

“If I hadn’t been forced to shoot the film, I would doubtless still be rewriting it now.”

Lucas continued to rework the story all the way up to the film’s release, and the next page will examine major differences between the shooting script and the final film. 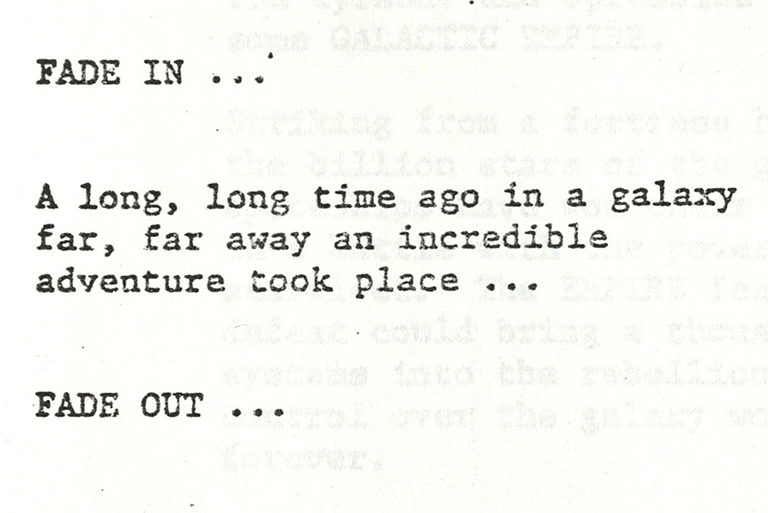 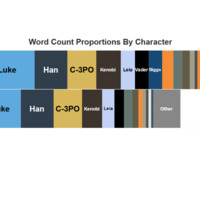