Bibliography for the Making of Star Wars 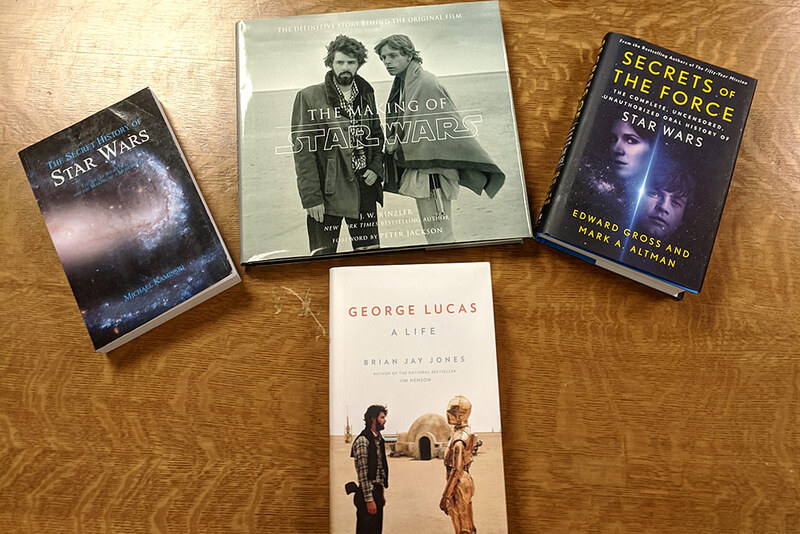 As one of the most popular films ever made, the dramatic story of how Star Wars came to be has been told countless times in books, magazines, documentaries, and interviews.

With so many retellings, it can be difficult to sift through the flood of information to get to the finer details of how certain creative decisions were made and who made them. This annotated bibliography outlines the most significant sources anyone to consult for the making of Star Wars.

This documentary explores the creation of the Star Wars original trilogy, including a discussion of the broader cultural and historical context of Star Wars. It features interviews with the cast and crew and does not shy away from discussing the troubled production that plagued the original film in particular. However, since it had considerable involvement from Lucasfilm and George Lucas, it is not particularly impartial and tends to downplay the role of Marcia Lucas, George’s estranged ex-wife. Still, the documentary is available on Disney+, making it a great introduction to how Star Wars was made.

Darren Slade, Episode Nothing: Star Wars in the 1970s. Blog. Active from July 2013 to December 2018. http://episodenothing.blogspot.com/.

This blog focuses on the original Star Wars film and spin-off media made before the release of The Empire Strikes Back in 1980. It features several articles about the making of Star Wars and focuses on particular details of its production, and the site is well sourced, using many of the other works on this page or interviews with cast and crew.

This book came out very recently and convers the entire Star Wars franchise up through The Rise of Skywalker and The Mandalorian, both of which came out in 2019. It relies almost entirely on interviews with cast, crew, critics, film executives, and other filmmakers to discuss both the making of and cultural impact of the Star Wars franchise. Since it is unauthorized, it has a great deal of commentary about the quality and fan reception of particular entries in the film series. While this book does not include any details about story alterations that aren’t better sourced from other works on this page, it is still worth exploring for a broader view of the making of Star Wars.

This biography of George Lucas includes broader details of his life going back to his childhood of watching Flash Gordon and other serials and up through the book’s publication date. It is also not authorized by Lucasfilm, giving the author more flexibility to include details such as Marcia Lucas’s contributions. Jones’s work is also well researched and uses footnotes, make it easier to locate the sources of the information he includes.

Kaminski, Michael, The Secret History of Star Wars: The Art of Storytelling and the Making of a Modern Epic. Kingston, Ontario: Legacy Books Press, 2008.

This book is written by Star Wars fan Michael Kaminski specifically examines how the story of Star Wars developed over time, from the earliest drafts of the original film to the completion of Revenge of the Sith. It is more speculative and critical than other works on this page, with some accusing it of downplaying George Lucas’s creativity in favor of his collaborators, which was a common viewpoint in the aftermath of the prequel trilogy. Still, it is well researched and worth reading alongside the other sources on this page to get a well-rounded view of the production of Star Wars.

This book is the definitive source for the creation of the original Star Wars film, which is why I used it more than any other source for this exhibit. Rinzler goes into extensive detail about how and when each aspect of the film was conceived, created, shot, and edited. He used the Lucasfilm archives and interviews from the 1970s for sources, and the book has many photographs, artwork, and images of props included. My only critique is that the book does not use footnotes to specifically cite where specific information comes from, but Rinzler does broadly explain his sources in the Introduction. 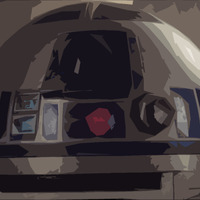