The Art of Dress

The previous generation of eighteenth century British nobility preferred bright colors with extensive embroidery and lace trimmings on men's clothing, wore wigs or powdered their own hair, as seen on the "Fancy Dress in 1700" paper doll. During the Regency period, the preferred aesthetic became a more "natural" look modeled on riding habits with much simpler lines, although some of the fussiness was retained in the emphasis on creative cravat tying, exemplified in the personage of Beau Brummel. George Bryan "Beau" Brummel (1778-1840) was a fashion influencer of the day, until his falling out with the Prince Regent (his infamous remark "Who's your fat friend" is depicted here) and his debts put him out of favor and sent him into exile.

This is one of the earliest machine printed paper doll sets. The animation was created by Digital Services of the University of Illinois Library. Shury, Daniel Nathan, ed. The protean figure and metamorphic costumes, 1811. 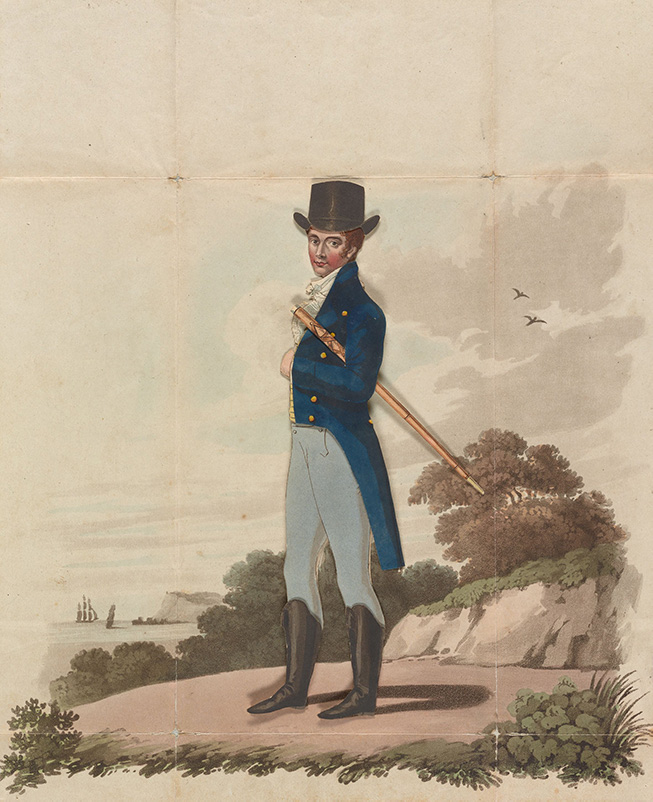 The Protean Figure and Metamorphic Costumes 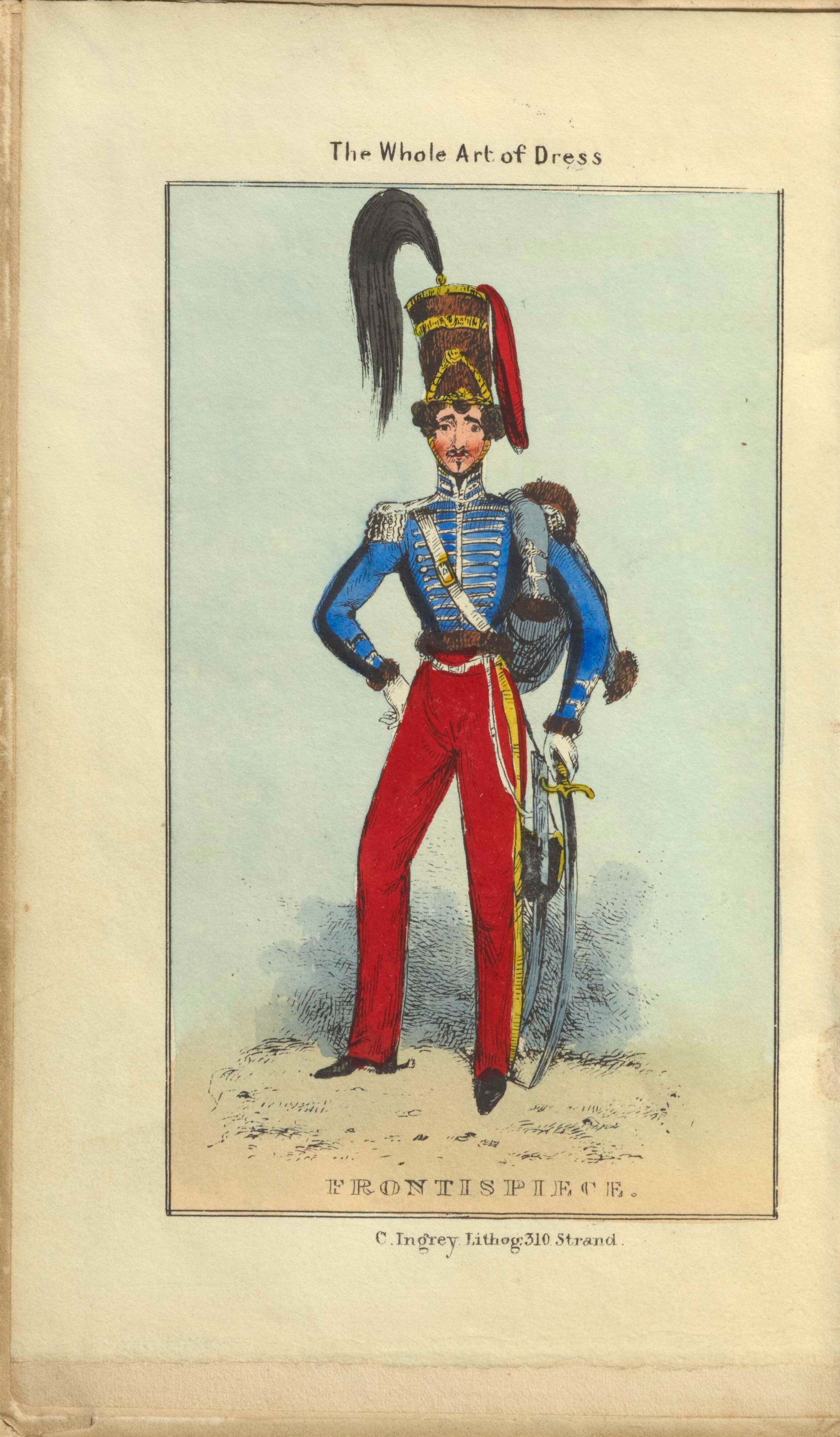 The Whole Art of Dress 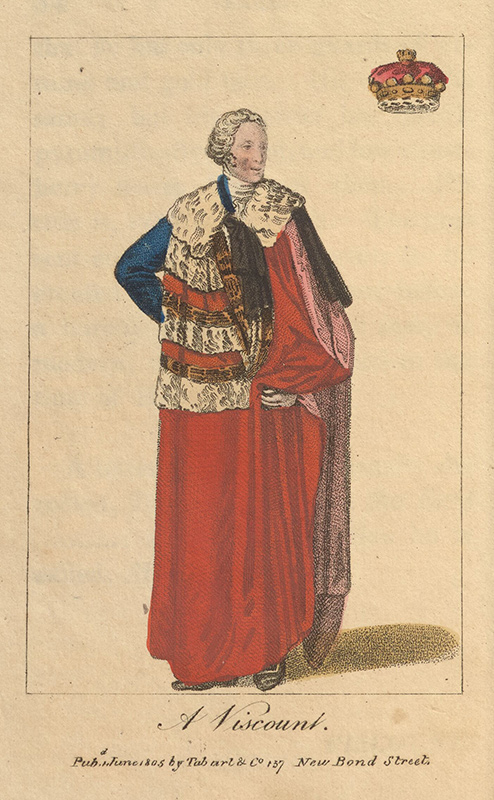 A Book Explaining the Ranks and Dignities of British Society 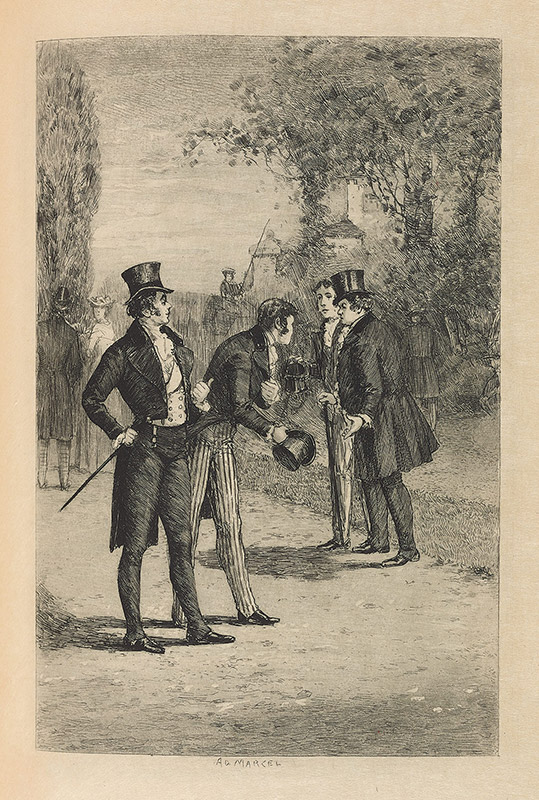 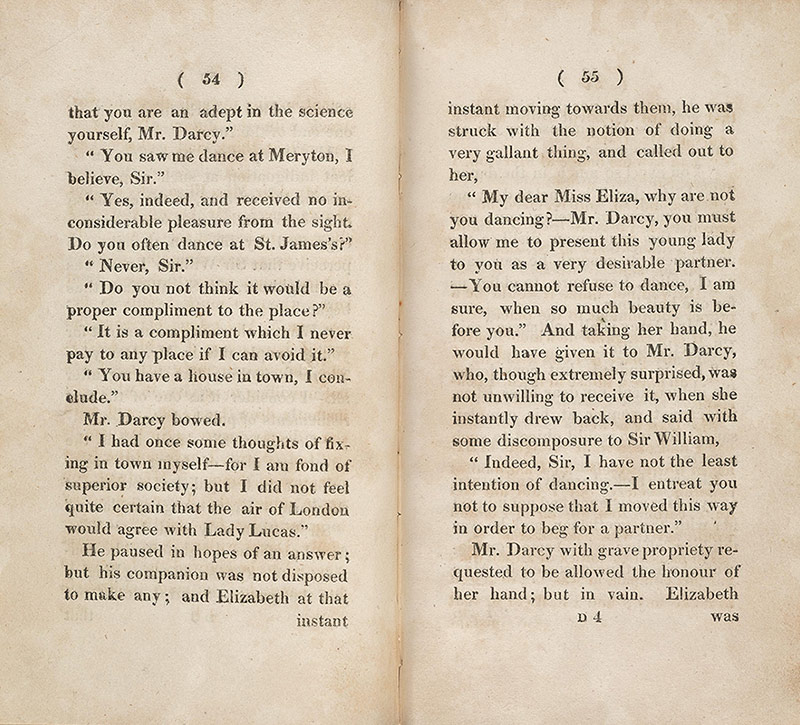