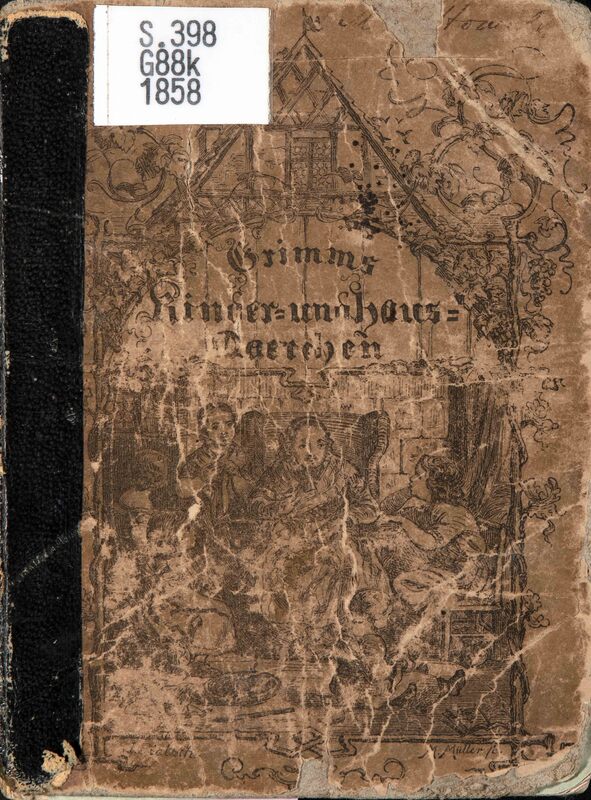 Jacob and Wilhelm Grimm published the first volume of their collected fairy tales in 1812 under the title Kinder- und Hausmärchen. By 1822, the brothers had published three volumes containing 170 tales total with subsequent editions bringing that number to over 200. Their work both in collecting and composing these tales had a great influence on other collectors in Europe who subsequently compiled and published stories from their own countries throughout the 19th century.

The early volumes of Grimm tales were criticized because they were not suitable for children and later editions were sanitized to make the stories more palatable. Wicked mothers became wicked stepmothers, likely due to the perceived sanctity of motherhood, and sexual references such as pregnancy were removed, as in "Rapunzel." Despite these changes, Grimm fairy tales are much more violent than in modern adaptations, particularly when it comes to punishing villains.

The book pictured here is a small edition that contains 50 stories selected specifically for child readers in a single volume. This 1858 version is the final edition published by the Grimm brothers. The cover, likely illustrated by Ludwig Pietsch, appears to depict a man reading stories to his family in their home as many German families would have done during this time. Popular fairy tales in this volume include "Hansel and Gretel," "Cinderella," "Little Red Riding Hood," "Sleeping Beauty," and "Snow White." There are countless variations of these stories around the world, both due to the Grimm brothers' influence and cross-cultural influence in the German oral tradition. 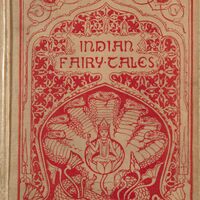