Fairy tales are short, fantastical stories of folklore that were passed down orally for centuries before being recorded. A subgenre of folktales, fairy tales usually feature magical elements such as talking animals, the personification of natural forces, and mythical creatures. Though each culture has its own unique folktale tradition, fairy tales with very similar plots, characters, and motifs are commonly found among many different peoples. Folklorists believe this is largely due to cross-cultural transmission as well as the fact that these stories often stem from common human experience. With this in mind, this exhibit presents a selection of fairy tales and similar folktales from around the world. In addition, it considers the evolution of these tales which continue to be reinvented long after their inception.

Though the items in this exhibit are presented here alphabetically, they are not intended to be perused in any particular order. All books featured in this exhibit are available for public viewing in the reading room of the Rare Book & Manuscript Library. To request an item, please see the item's catalog record by clicking the annotation at the bottom of each page. For more information about visiting the library, please go to our website.  Many of the books in this exhibit are available to view free of cost at HathiTrust and Project Gutenberg. We encourage you to use these resources as well as those on the Sources and Fairy Tale Resources page of this exhibit to dive deeper into the enchanting world of fairy tales. 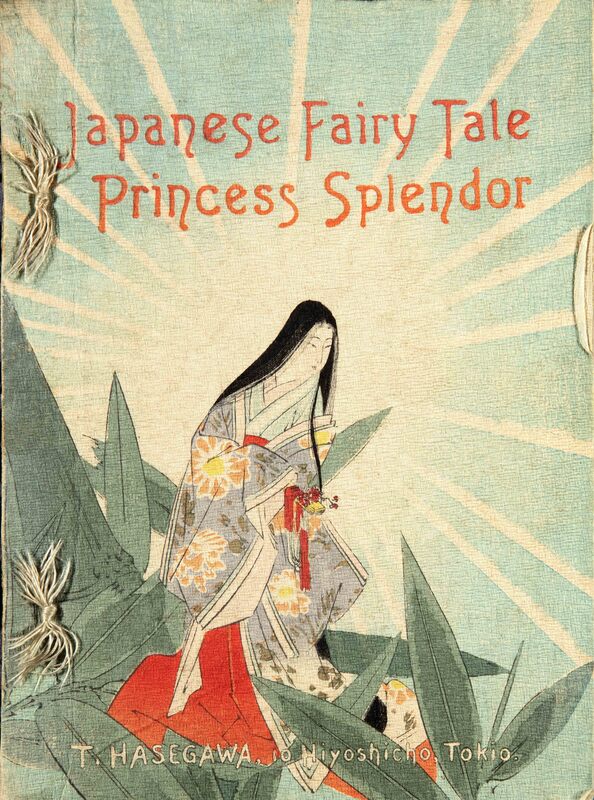 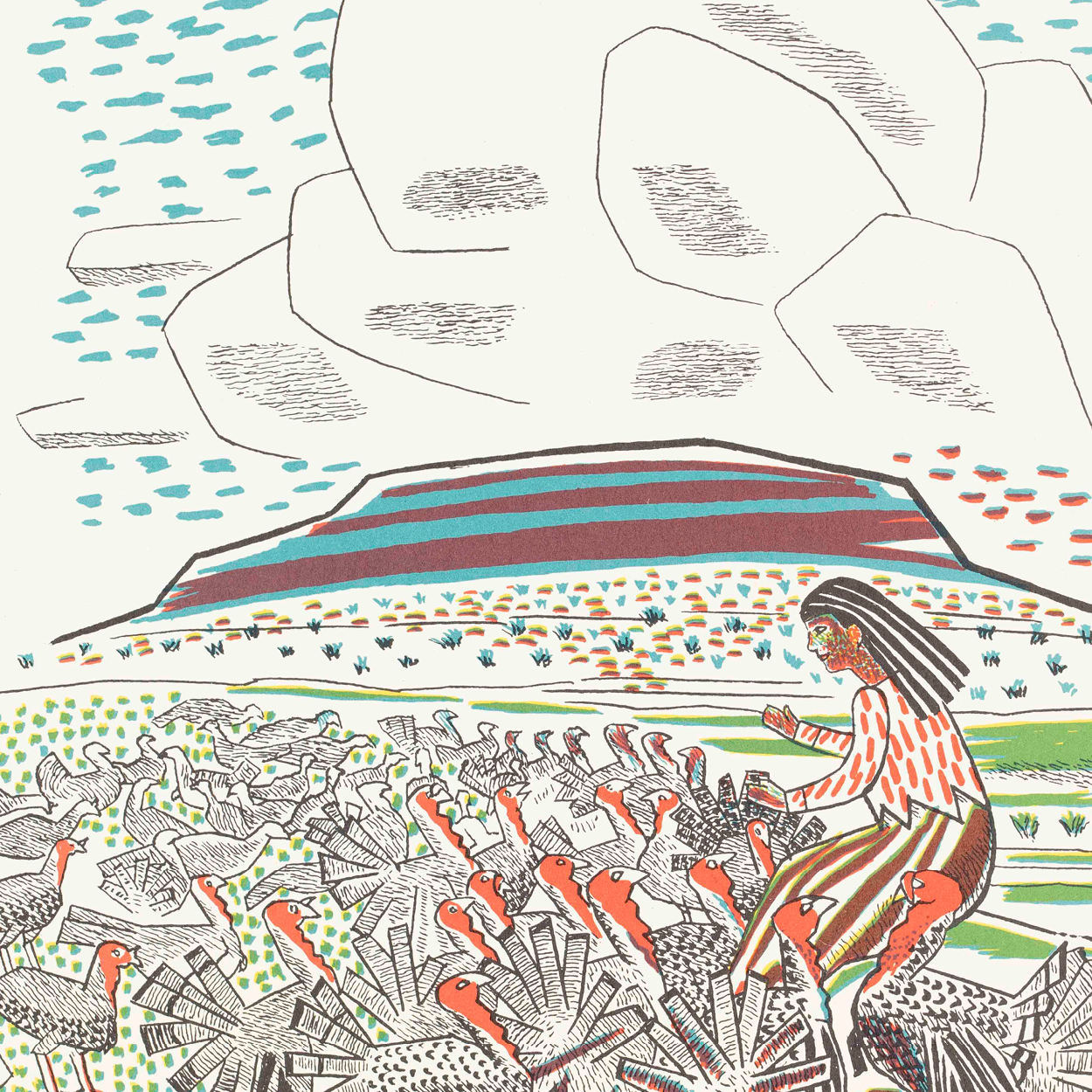 For indigenous peoples all over the world, folklore is an important cultural tradition. In American Indian Legends, Allan Macfarlan has compiled dozens of folktales from the writings of Henry R. Schoolcraft, George Bird Grinnell, and Franz Boas. The stories in this volume come from the Central Eskimo, Tsimshian, Thompson, Maidu, Pueblo, Zuni, Blackfoot, Cheyenne, . . . read more. 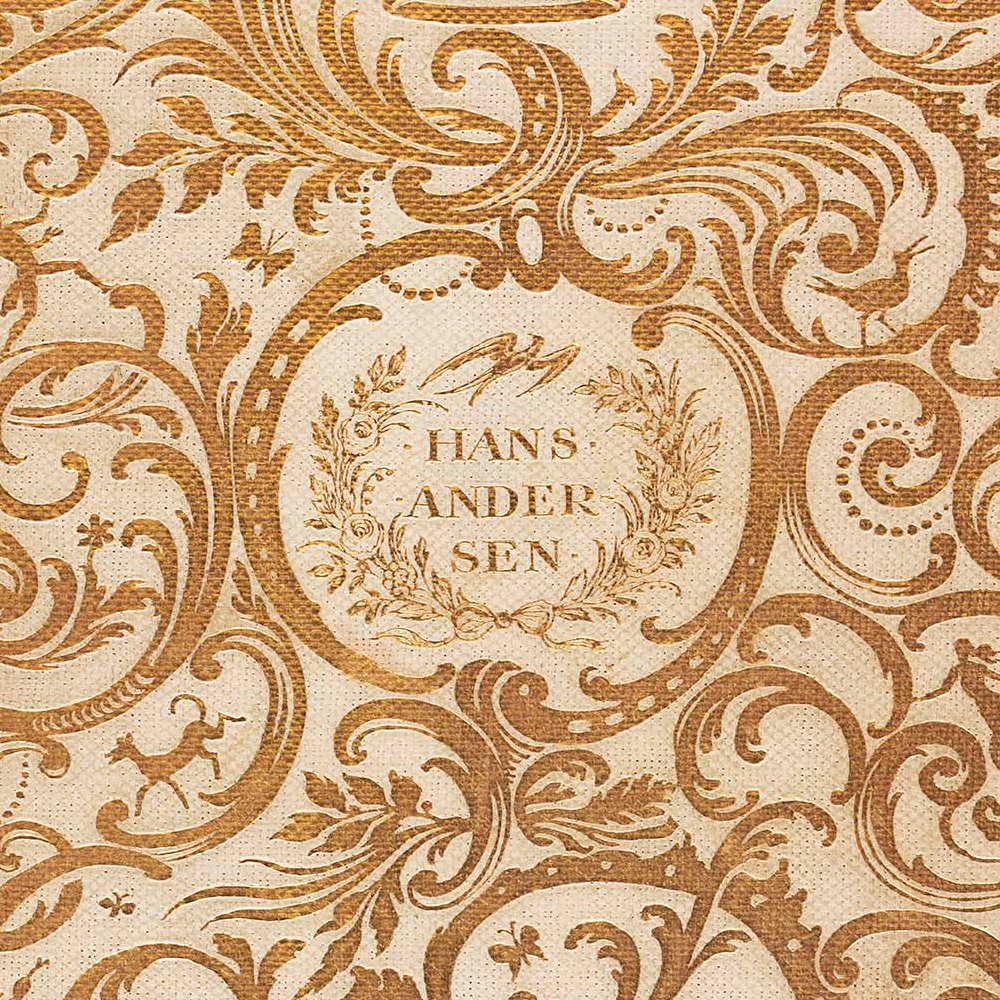 Danish folklore is believed to have been passed down by oral tradition since at least the Late Middle Ages. Like other Scandinavian folklore, Danish folktales have roots in Norse Mythology which dates back centuries earlier. In the 19th century, interest in folktales grew with an emerging national consciousness in many European countries, including . . . read more. 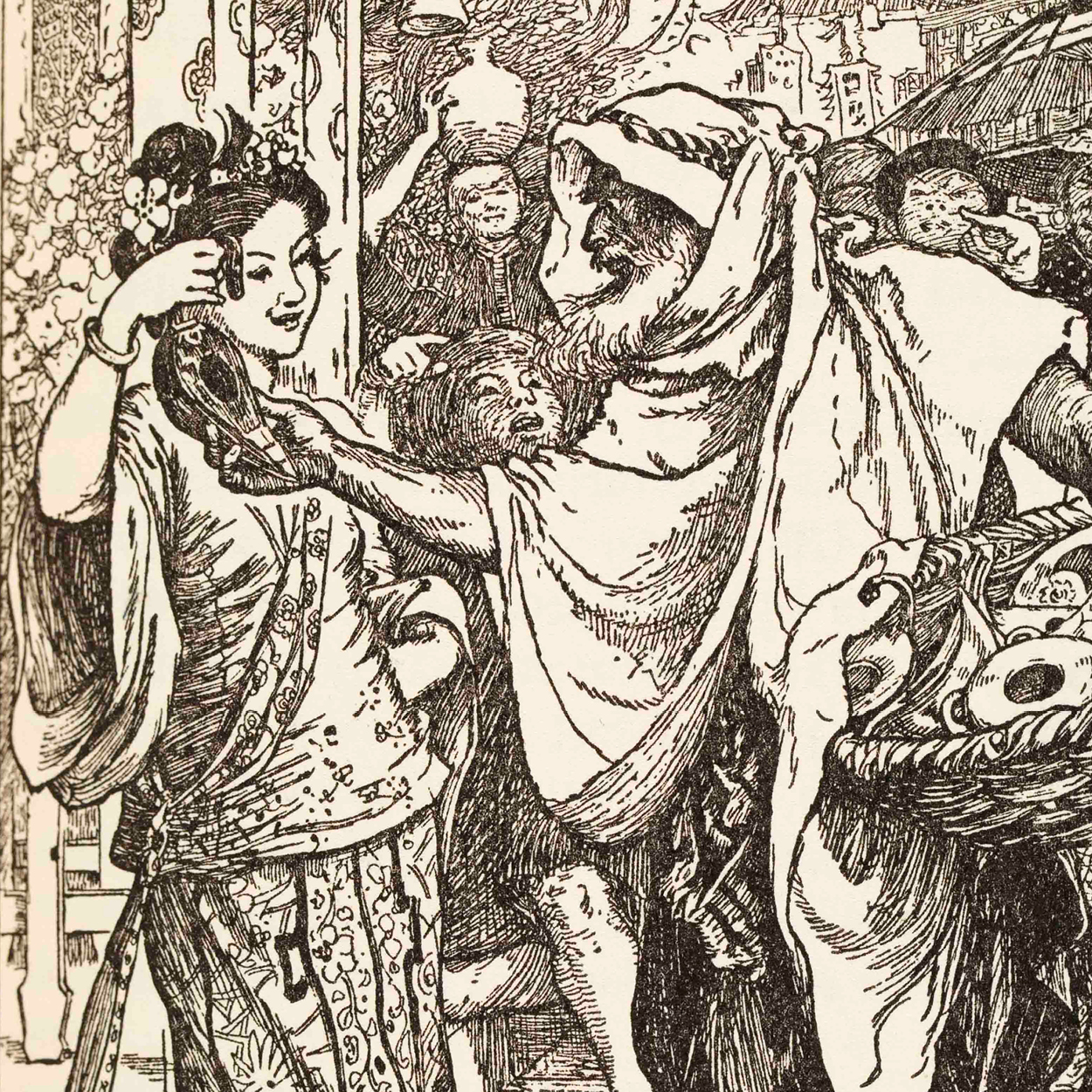 One Thousand and One Nights or The Arabian Nights Entertainments is a collection of Middle Eastern folk tales compiled in Arabic during the Islamic Golden Age. Popular stories associated with The Nights include “The Seven Voyages of Sinbad the Sailor,” “Ali Baba and the Forty Thieves,” and “Aladdin’s Wonderful Lamp,” shown here. The later two tales, however, were . . . read more. 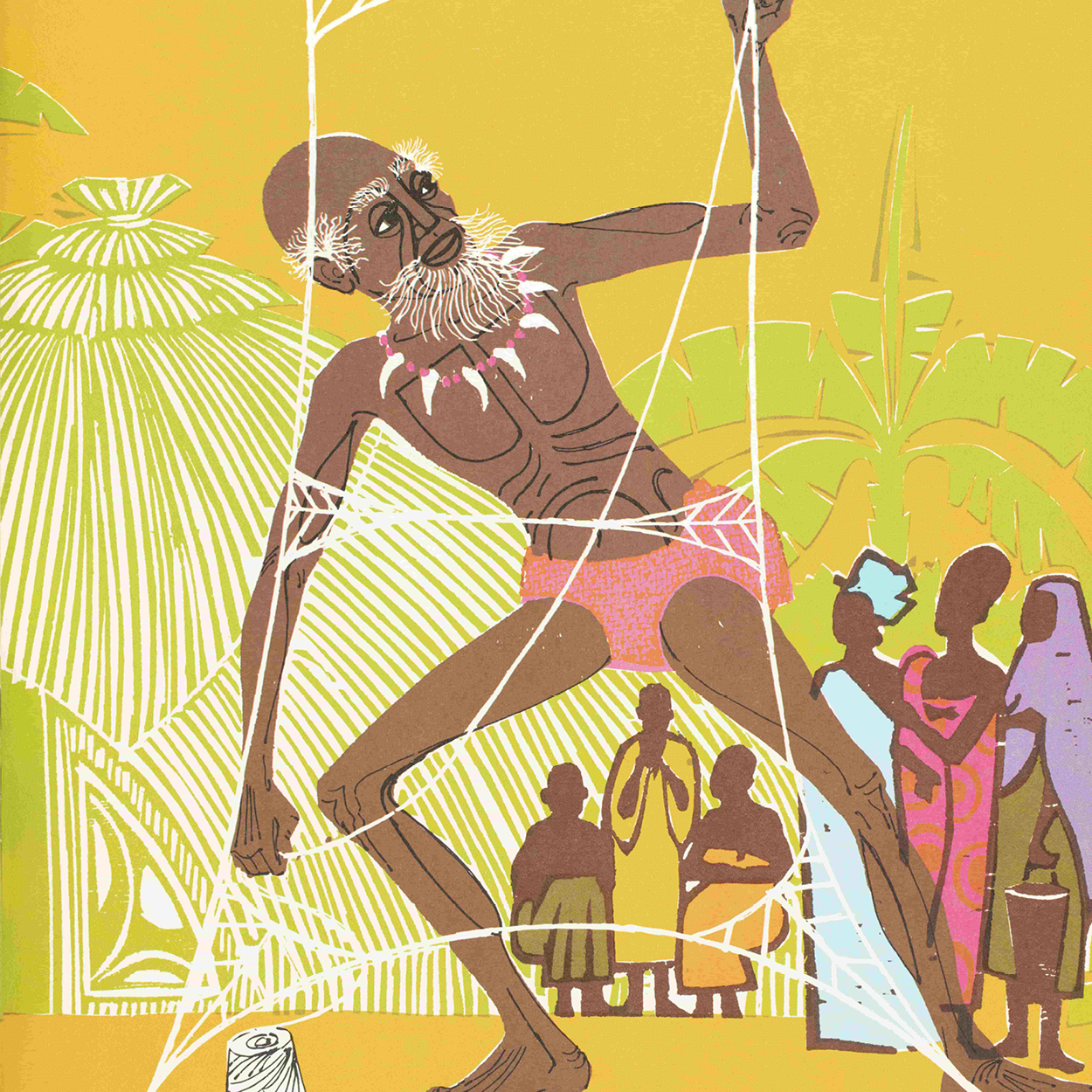 Africa has a rich folklore tradition, especially in regions like South Africa, Nigeria, Rhodesia, and Zanzibar. Animals are often prominent in these tales which do not always have happy endings but do impart lessons onto readers. Some are origin stories that explain how things came to be. This beautifully illustrated children’s book is one such story. Gail E. Haley . . . read more. 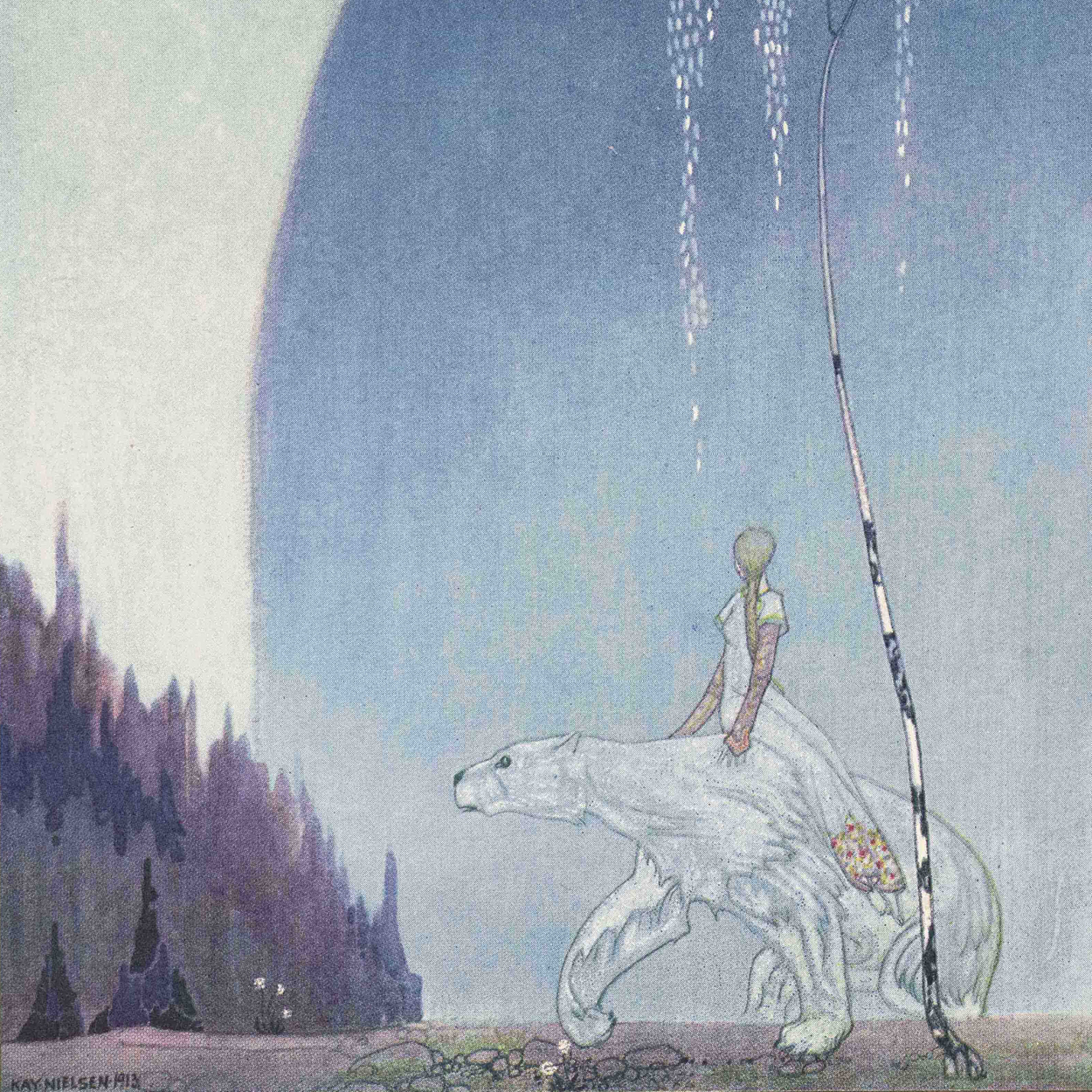 Inspired by the success of the Grimm brothers, friends Peter Christen Asbjørnsen and Jørgen Moe began working together to collect folklore from throughout Norway in the mid-1830s. In 1841, they published their first volume of folktales, Norske Folkeeventyr. Because of the challenge presented by retelling stories in Norwegian dialects, Asbjørnsen and Moe . . . read more. 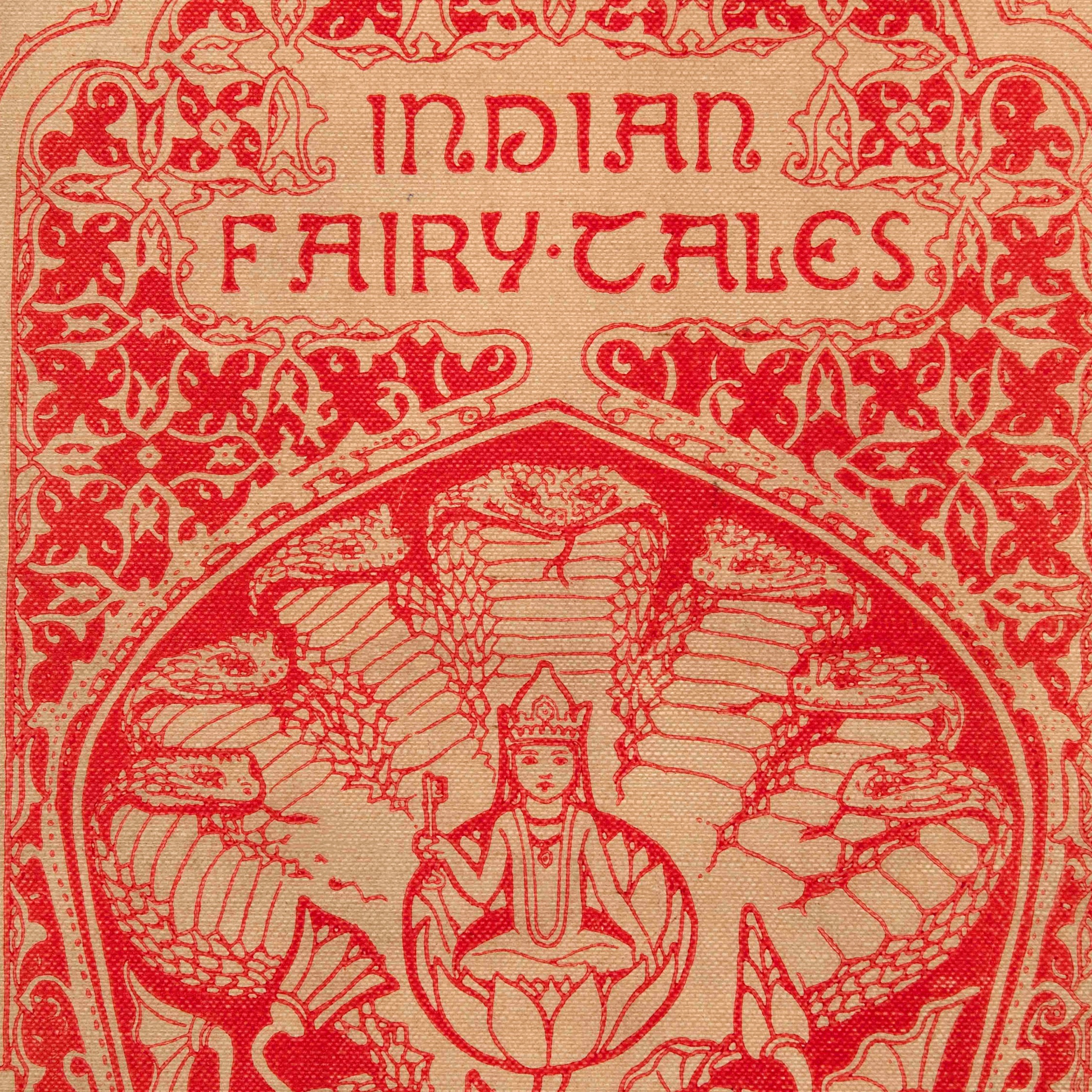 India has a long, spirited tradition of oral storytelling. Since the emergence of language, ancient folk tales that embody the diverse culture and landscape of the nation have been passed on from generation to generation. Because many European fairy tales are believed to have originated in India, the country has even been called the home of the fairy tale . . . read more. 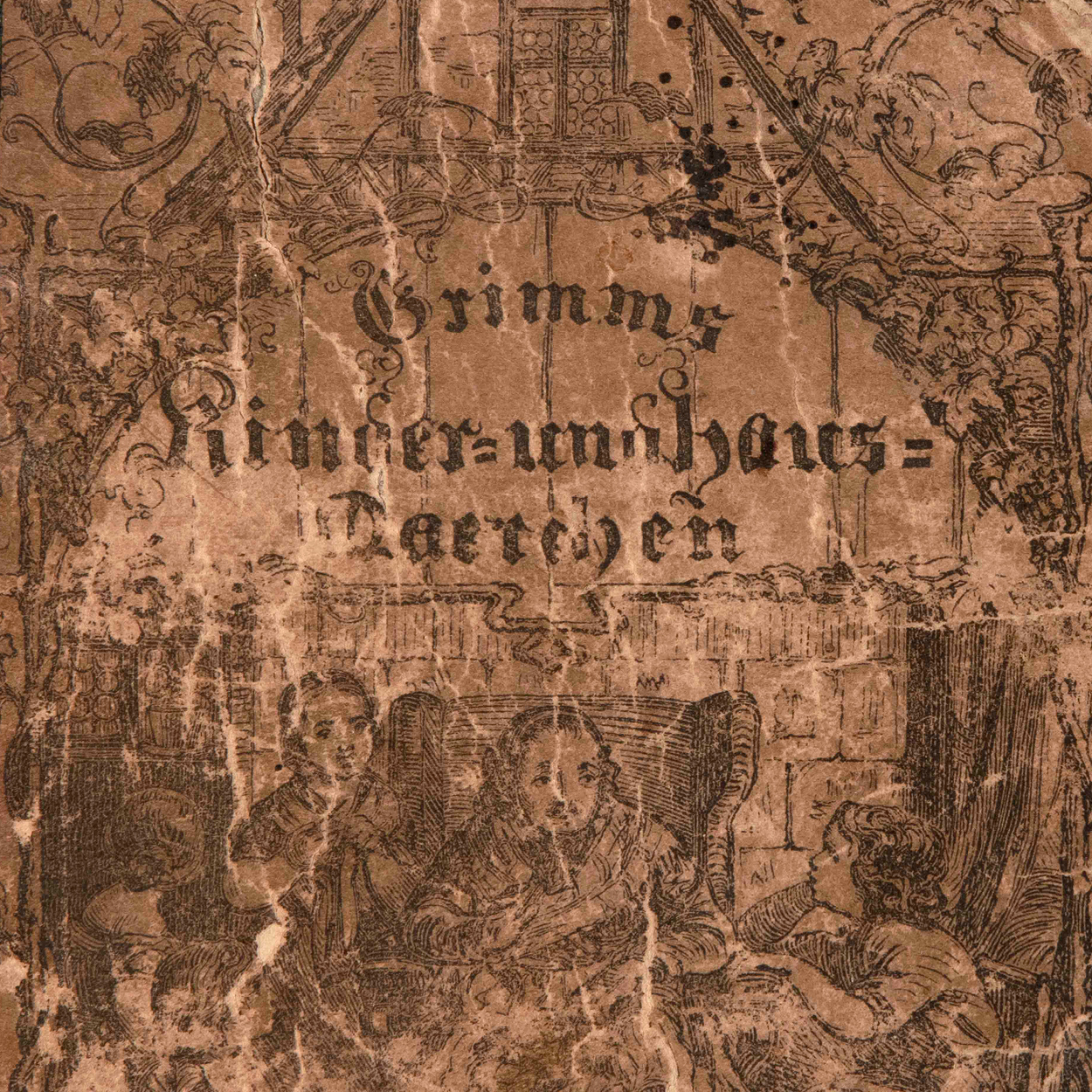 Jacob and Wilhelm Grimm published the first volume of their collected fairy tales in 1812 under the title Kinder- und Hausmärchen. By 1822, the brothers had published three volumes containing 170 tales total with subsequent editions bringing that number to over 200. Their work both in collecting and composing these tales had a great influence on other . . . read more. 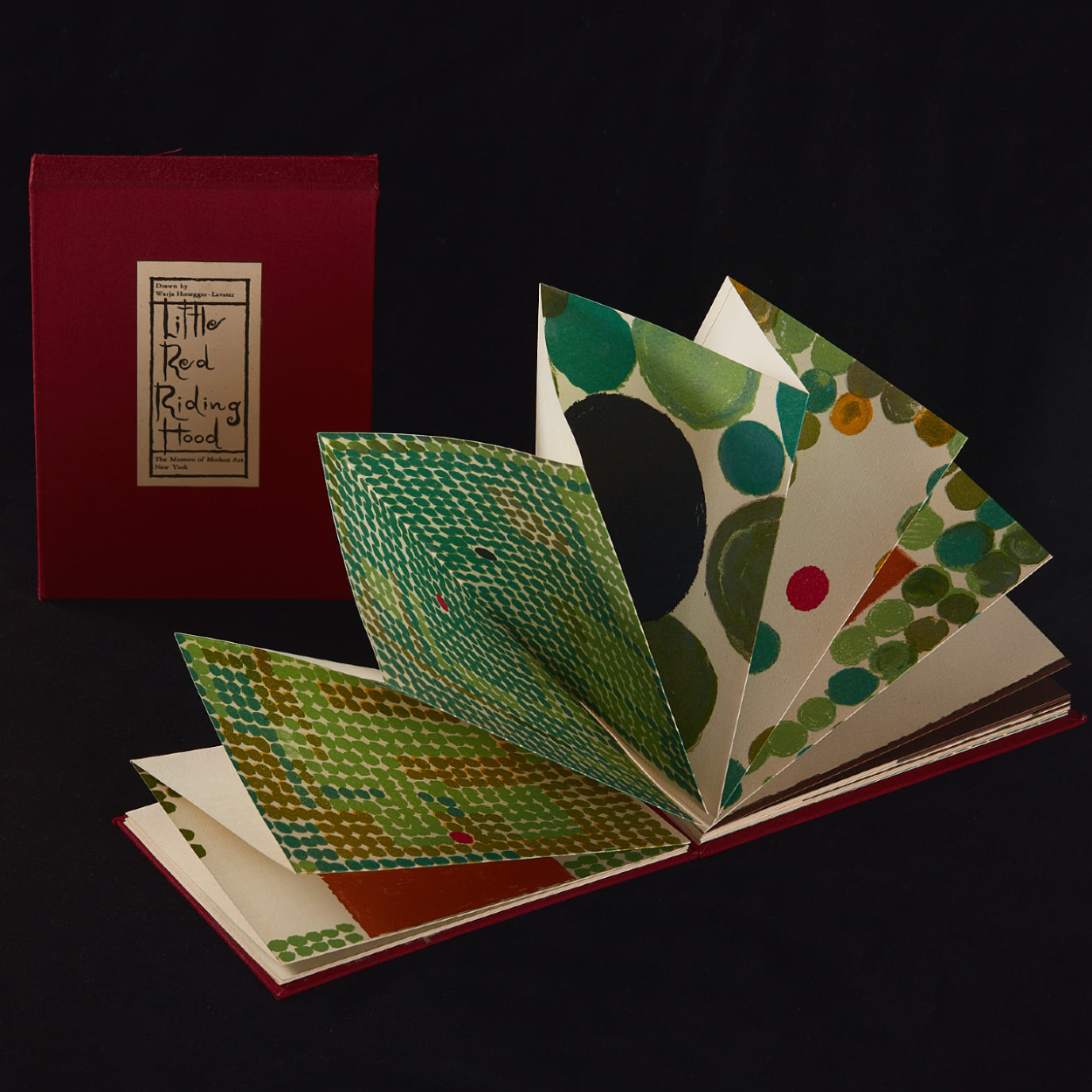 Though many fairy tales have endured for hundreds if not thousands of years, these stories continue to be reinvented in new and interesting ways. Beginning in the 19th century, fairy tales were increasingly accompanied by illustrations, often shaping the way readers interpret the stories. In this artist book rendition of "Little Red Riding Hood," artist Warja . . . read more. 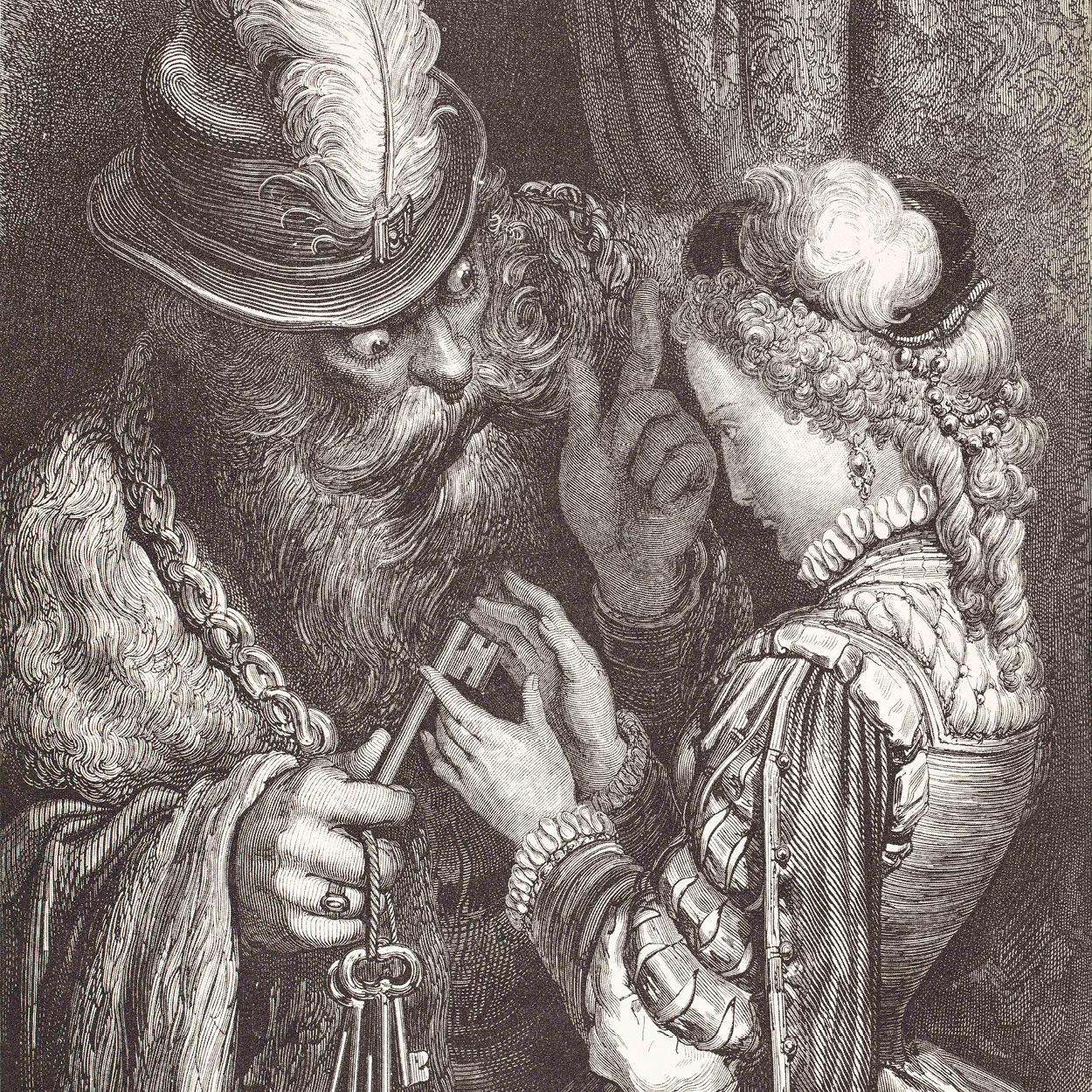 Charles Perrault began studying folklore and writing fairy tales at the age of 67. After a career in government and the French Academy, Perrault turned to penning fairy tales as a way to impart Christian morals upon children. In 1697, he published Histoires ou contes du temps passé, often known in English as “Tales of Mother Goose." The volume . . . read more. 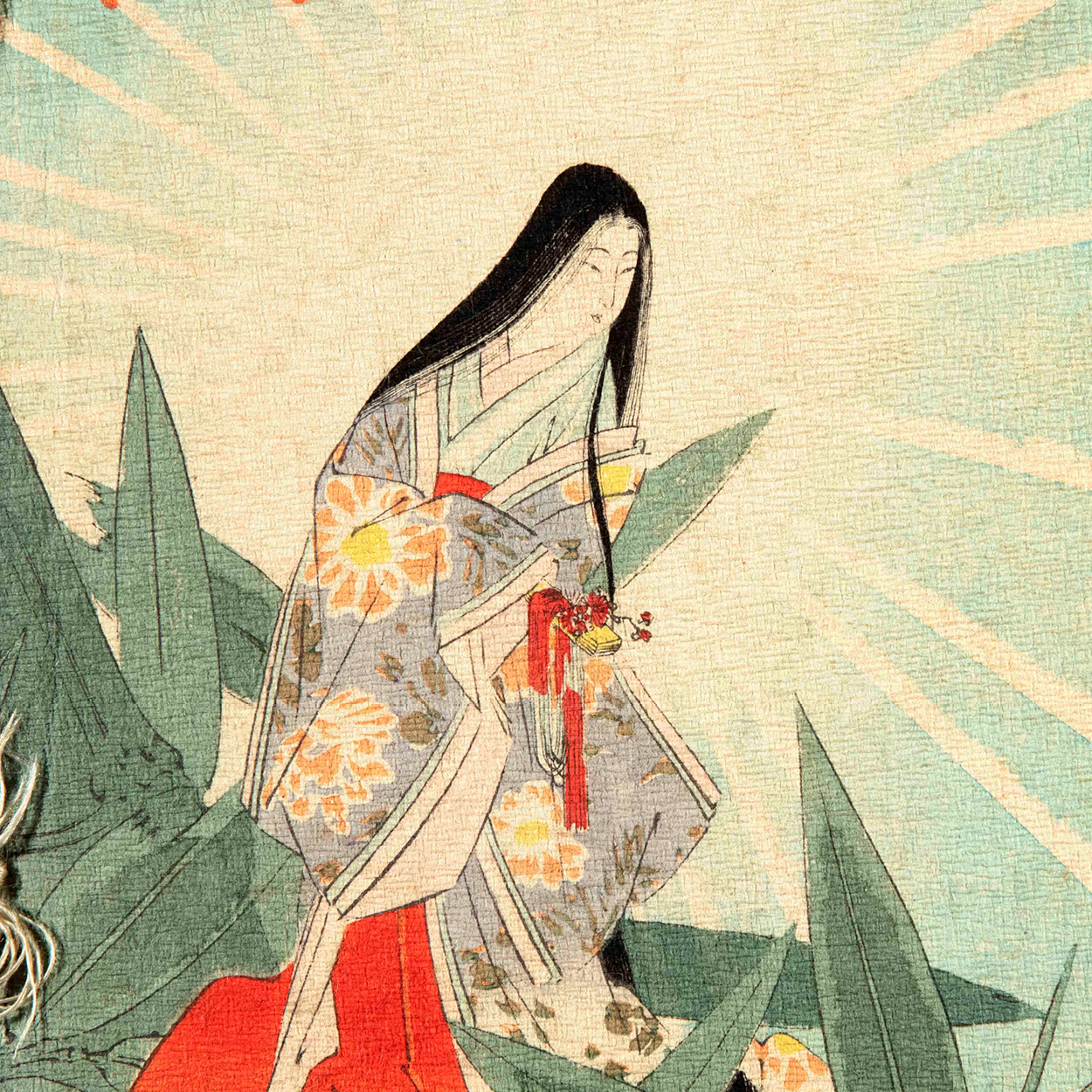 Japanese fairy tales are largely shaped by the nation’s religious beliefs -- Shinto and Buddhism. Experts also believe that Japanese folklore takes inspiration from ancient Indian tales. Though these stories share characteristics with those from other regions, Japanese tales are generally distinctive due to the nation’s geography and history of isolation. Features . . . read more. 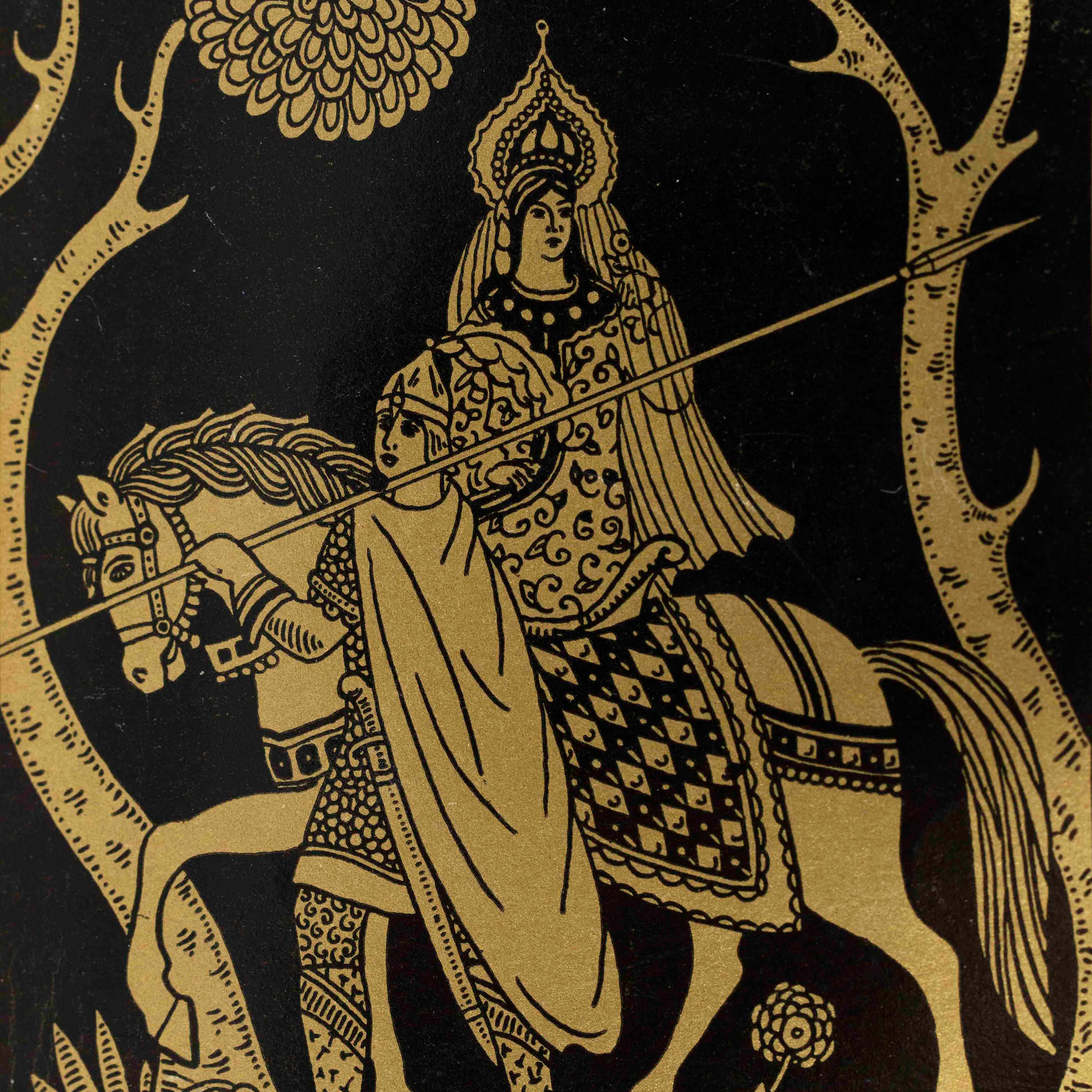 Due to the coexistence of pagan and Christian beliefs in Russian culture, Russian fairy tales are deeply rooted in Slavic mythology while also containing Christian elements. These stories often feature spirits, sorcerers, witches, animals with human qualities, and legendary creatures like dragons. Tales of manners that reflect local customs and values are also . . . read more. 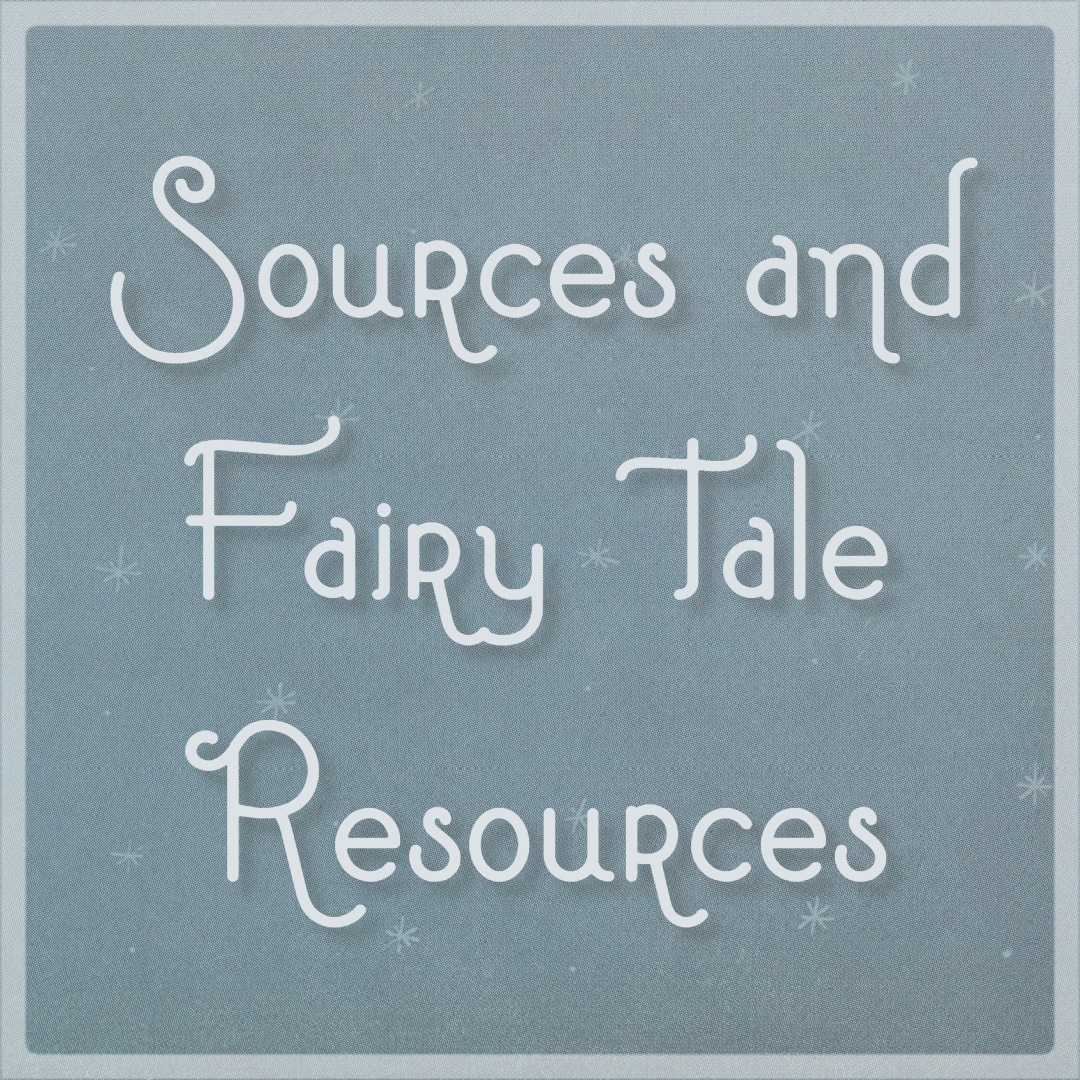 In addition to the items from the Rare Book & Manuscript Library used in this exhibit, the resources listed here were consulted in authoring the exhibit text. As they are freely accessible, you may enjoy exploring these websites to read the stories featured in this exhibit for yourself as well as to learn more about folktales and fairy tales from around the world . . . read more. 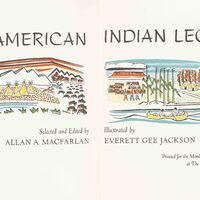