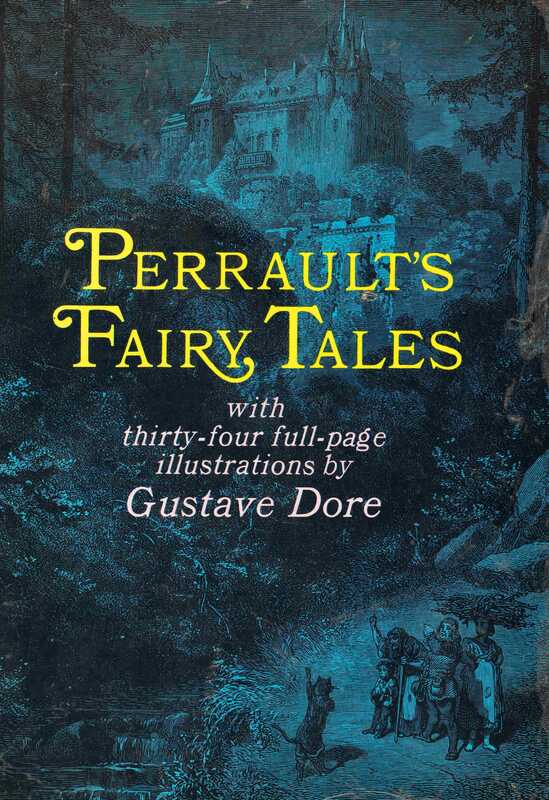 Charles Perrault began studying folklore at the age of 67. After a career in government and the French Academy, Perrault turned to writing fairy tales as a way to impart Christian morals upon children. In 1697, he published Histoires ou contes du temps passé, often known in English as “Tales of Mother Goose.” The volume includes some of the best-known fairy tales in the world, including "Cinderella," "Sleeping Beauty," "Puss in Boots," "Bluebeard," and "Little Red Riding Hood." 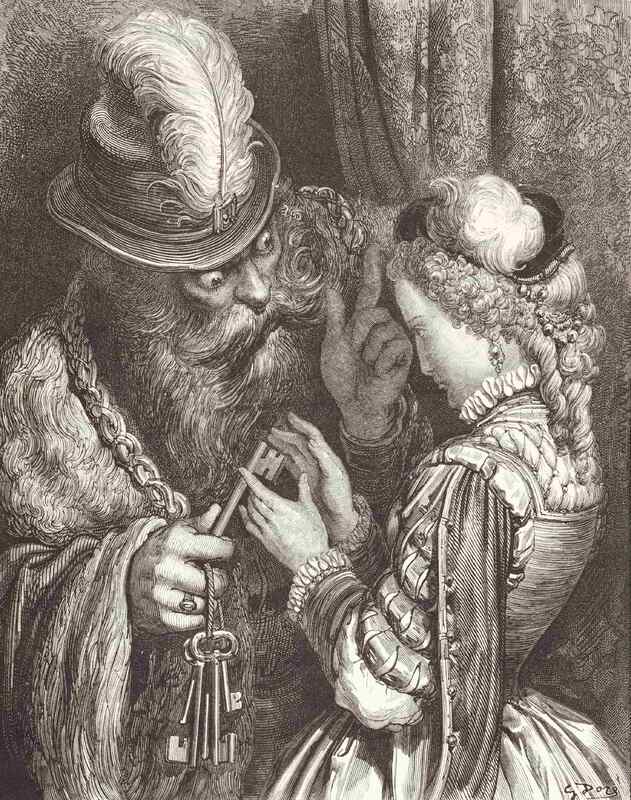 "'If you were to open the door, I should be very angry'" 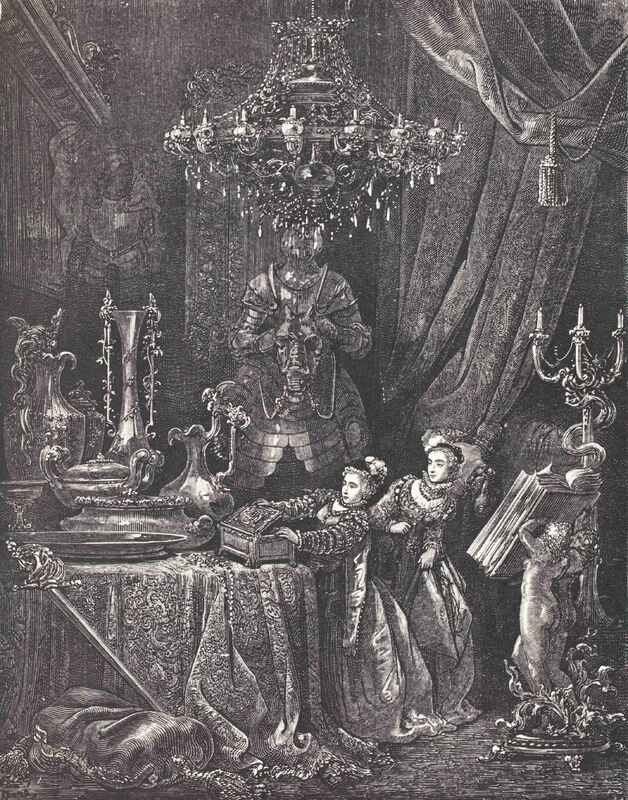 "Her friends were eager to see the splendors of her house"

By using folktales from European tradition as the basis of his stories, Perrault laid the foundations for a new literary genre. His work greatly influenced Jacob and Wilhelm Grimm when they began collecting German fairy tales more than a century later. As many of Perrault’s stories were based on German folklore, different versions of some of these stories also appear in Grimm collections.

Perrault’s Fairy Tales presents the eight stories originally published by Perrault beside 19th-century illustrations by Gustave Doré. Each story ends with one or more morals authored by Perrault. The featured tale, “Bluebeard,” is an example of a gruesome, cautionary fairy tale with many variants around the world.

Bluebeard is a wealthy nobleman whose blue colored beard causes him to appear frightfully ugly. Wishing to wed, the man asks his neighbor for the hand of one of his daughters in marriage. As Bluebeard has already been married several times to women who have all mysteriously vanished, the girls are terrified. Unable to resist the allure of his status, the youngest daughter marries him. 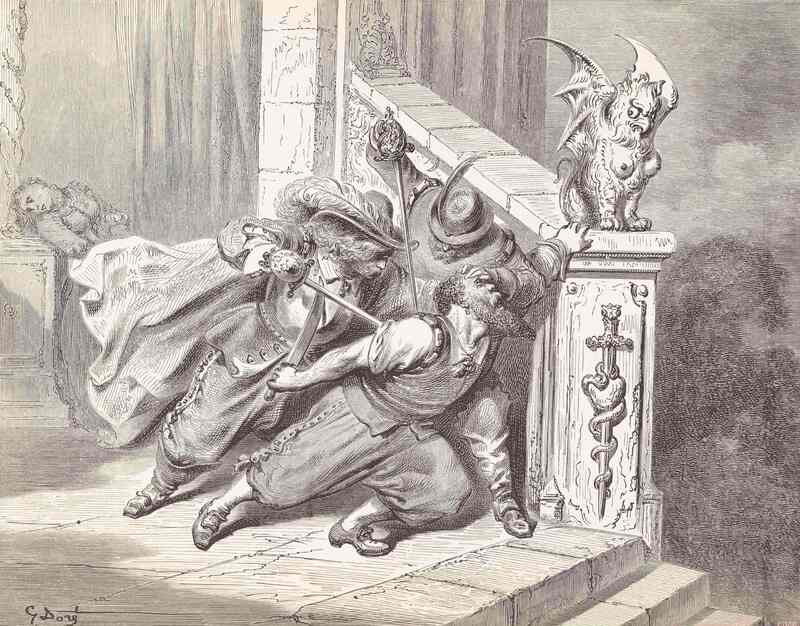 "They plunged their swords through his body"

Soon after, Bluebeard must go on a journey. Before leaving, he gives his wife keys to access all the rooms in the house with one order – he forbids her from opening the closet at the end of the great hall. Overwhelmed by curiosity, one day the girl enters the closet to find a bloody room filled with the dead bodies of Bluebeard’s former wives.

When Bluebeard learns of her discovery, he insists she must die and join the wives in the closet. Just in time, the girl’s brothers come to her rescue, killing Bluebeard and leaving her to inherit his estate. At the end of the tale, Perrault offers a moral that instructs young women to become obedient wives and suppress their curiosity. However, as the wife's disobedience resulted in a happy ending, modern folklorists have argued that the tale equally encourages women to question patriarchal rules. 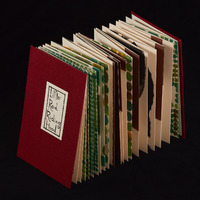